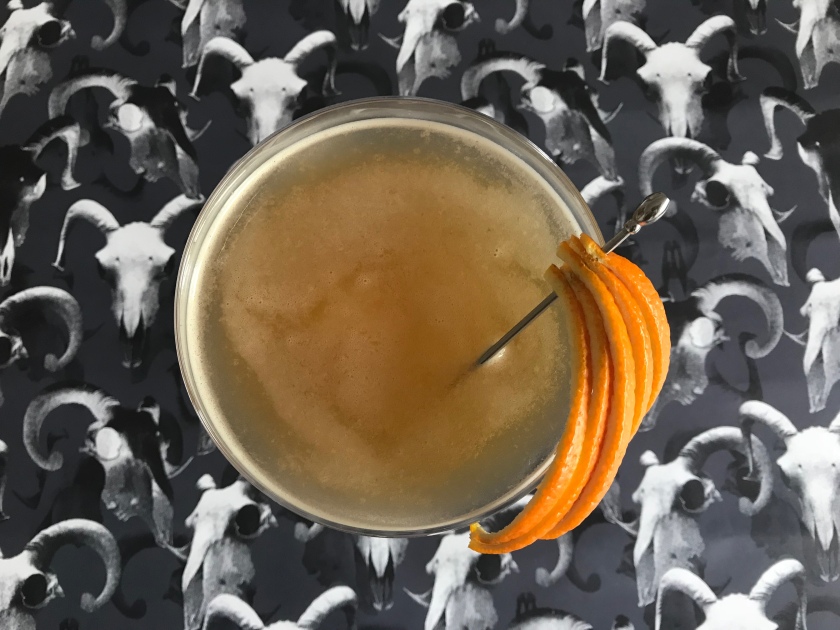 When I came across this cocktail, naturally the first thing I wanted to know was who came up with that name. Is “Satan’s whiskers” a standard phrase, like “the cat’s pyjamas?” I researched and researched, and found a lot of odd Satanic fan fiction out there, but no illumination on the phrase itself. Interestingly, I did find about the 1920s origins of “the cat’s pyjamas,” so called because of the contemporary fashion for wearing pyjamas among the Jazz Age flappers, also known as cats. At this point Wiktionary led me to an anecdote which deserves to be told at every opportunity.

New York Times, November 6, 1922:’PAJAMA GIRL AND CATS OUT’: “Sunday afternoon strollers in lower Fifth Avenue were treated to the unusual sight yesterday of a young woman clad in transparent yellow silk pajamas, escorted by four cats, also clad in pajamas, leisurely making her way along the avenue…” The phrase is unlikely to originate with this incident however as the words “Cat’s pajamas” are used by one of the policemen at the scene when voicing his suspicion that the woman intends to get herself arrested: “Cat’s pajamas,” mused one of the patrolmen, “Wait a minute, I think there’s a publicity scheme afoot.”

The Satan’s Whiskers is, like so many classic cocktails, also a product of the 1920s; at any rate, it first appears in Harry Craddock’s Savoy Cocktail Book in 1930. In its original form it is not a strong drink – a light gin base is outgunned by both sweet and dry vermouth, orange juice, orange liqueur, and orange bitters. Later versions, notably Dale DeGroff’s, emphasise the gin and orange, and give the vermouth a lesser role. In Craddock it comes in two variations, straight, for which the orange liqueur must be Grand Marnier, or curled, which uses any old curaçao. I’m not sure this makes a difference anyone could appreciate, except that Grand Marnier is sometimes a little stronger and spicier than traditional curaçao. 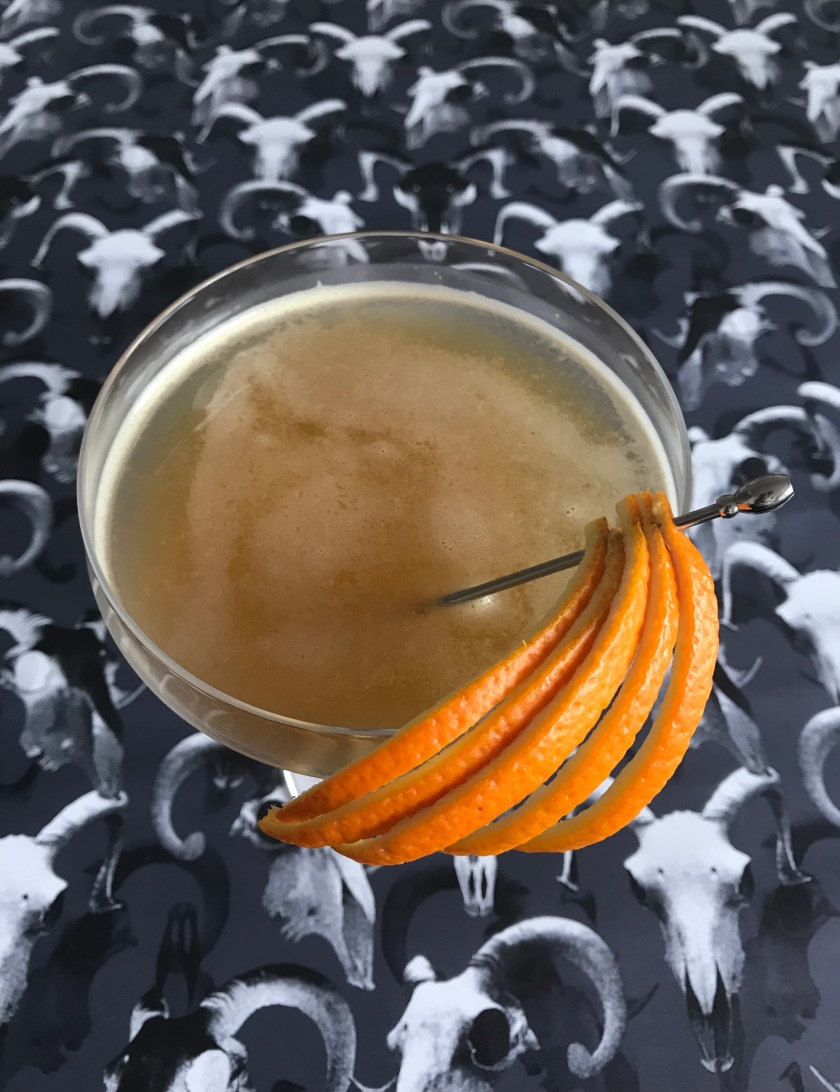 In any case, Satan’s Whiskers won’t absolutely knock you out – it’s a fruity, mischievous little drink – impish rather than demonic. If you’re wondering about an appropriate drink for Halloween, I’d certainly recommend this. It’ll ease the pain of having to deal with small children in costume, without rendering you incapable of dealing with small children in costume. Or, if you choose to celebrate without children, I can recommend the Satan’s Whiskers bar in Bethnal Green, which looks appropriately terrifying from the outside, and frankly could go easier on the taxidermied animals, but still makes an excellent drink.

Shake all ingredients over ice. Strain into a chilled cocktail glass. Garnish with orange. 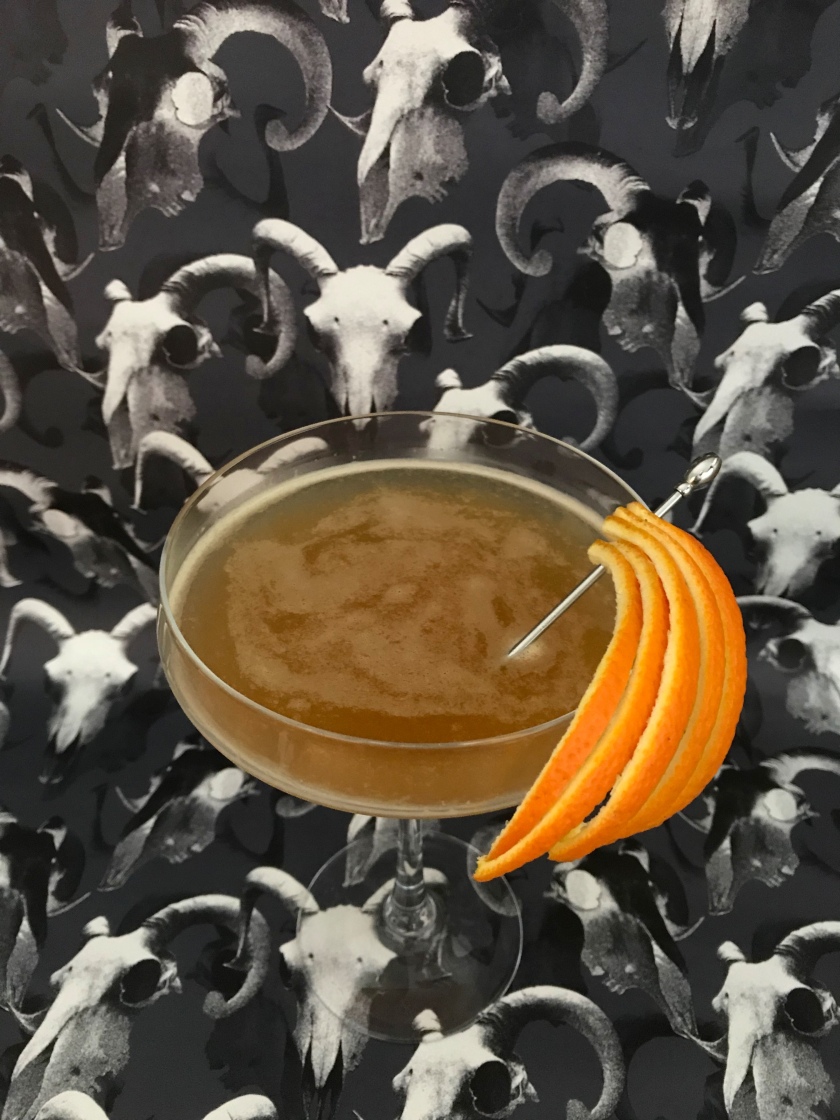