One of the things I always loved most (and hopefully will be able to appreciate again soon) about living in America is the enthusiastic celebration of all things autumn-related (sorry, fall-related). England does not do this with quite the same level of abandon, as we live in a state of near-perpetual autumn, and I miss not being able to move without tripping over some golden-hued display of leaves, pumpkins, chrysanthemums, and above all, apples. As a side note, if there was some way to get fresh apple cider donuts shipped over to the  UK, I would do it in a heartbeat (please tell me if there is), for they are the pinnacle of human culinary achievement. 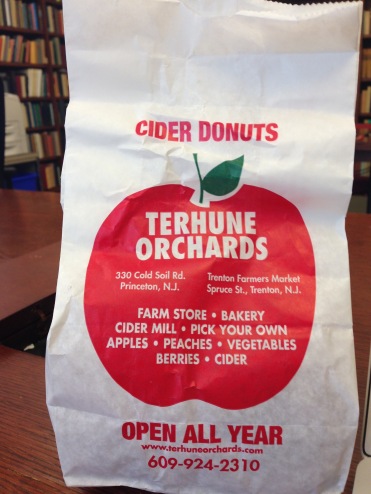 This week’s classic cocktail, then – the Jack Rose – is a celebration of apples, not using fresh apples (I’m getting to that), but apple brandy instead. Its origins are, like those of many classic cocktails, buried in history, with various stories competing for legitimacy. Perhaps the most exotic stories concern the involvement of Bald Jack Rose, a notorious gambler and criminal in 1910s’ New York, whose slightly undignified moniker was down to a case of ty

phoid-induced alopecia. This Jack Rose had a corrupt NYPD detective, Charles Becker, in his pocket, and acquired widespread notoriety when his testimony convicted that detective when he was on trial for the murder of a rival gambling mogul, Herman Rosenthal. Rose’s unpopularity over ratting out Becker led to him escaping New York City with a wig for a disguise, and turning to a life of farming and preaching against gambling. An eminently suitable character to have a cocktail named after him, and you can read the full story in this excellent article by Eric Felten in the WSJ.

The Jack Rose should really use applejack, an American apple brandy which can be quite hard to get hold of, especially in the UK, so as a substitute here I’ve used Calvados, the French version of apple brandy. While Calvados is generally considered to be a fine substitute for American applejack in terms of taste, I do think applejack fits in better with the origins of the cocktail in prohibition-era East Coast America. Applejack became popular in the US when it was used to pay road construction crews in the early 1800s, and its main producer, Laird’s, is based in New Jersey. All these associations seem totally in keeping with the, er, spirit of the cocktail.

The distinctions between applejack and Calvados run deeper than origin stories, however, since their methods of production also vary widely. Applejack should be made from 100% apples (although the most commonly used variety, Laird’s Blended, introduces grain spirits as well and therefore is not a true applejack), while Calvados often contains both apples and pears. Traditionally applejack was made using the process of ‘freeze distilling’ or ‘jacking’, in which apple cider was left to freeze over the winter, and the frozen blocks were periodically removed, so that the pure alcohol, which wouldn’t freeze, would become more concentrated in the liquid left behind. Nowadays it tends to be made using normal evaporative distillation, like Calvados itself. Calvados, however, being French, is subject to a whole host of regulations on its production: it only comes from designated regions in Normandy, it must be aged in oak barrels for a minimum of two years, and the apples and pears must be approved varieties. The longer it is aged, the smoother it becomes, and so there are also age designations similar to those for cognac.

As I’m trying not to splurge too much on bottles before I move away and have to start my collection over again, I found a lovely VSOP Pays D’Auge Calvados (VSOP has been aged for at least four years, and calvados from the Pays D’Auge is subject to additional production requirements) from Tesco, of all places. Tesco seems to be a bit of a goldmine for spirits and liqueurs, with its own label apricot brandy which I also plan on using to its fullest extent in the next few weeks, as well as cherry brandy and crème de cassis.

Anyway, my researches in to Calvados aside, here is a slightly Frenchified Jack Rose (or as Eric Felten puts it, a Jacque Rose), for your fall-sipping delectation. Ratios vary, as ever, as does opinion on whether to use lemon or lime juice as the sour component. I’ve as usual stuck to the sage advice of Serious Eats.

Shake all ingredients with ice, then strain into a chilled cocktail glass. Express a lemon twist over the glass, then either discard or use for garnish. 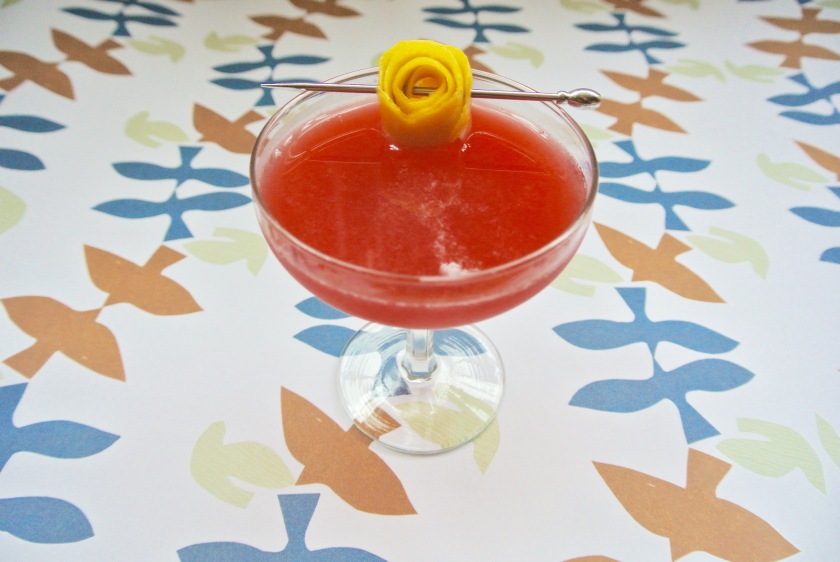